Like the US, many other nations use the voluntary tour of duty model, where the deployment is determined by the requirements of the military and the branch of service, there are several nations that require conscription, including Israel, Norway, North Korea, and Sweden.

For recruiting soldiers across the three services (Army, Navy, and Air force), the government of India revealed its new Agnipath programme. The government approved the scheme on 14th June 2022. The soldiers hired under the programme will be referred to as Agniveers. The majority of the 45,000 to 50,000 troops who are recruited each year under the new Agnipath scheme will exit the military in just four years. Only 25% of the total annual recruits will be permitted to continue under permanent commission for a further 15 years. Candidates must be between the ages of 17.5 and 23 to be eligible. They would create a unique rank in the Armed Forces that would be distinct from all other ranks.

The programme aims to strengthen battle readiness appropriate to the shifting dynamics as well as empower, discipline, and skill adolescents with military ethos in civil society. In order to qualify for the services, applicants must be from “all India, all classes,” which includes people of any caste, region, class, or religion. The “regiment system” in the Army that currently governs recruitment is based on caste and geographic location. We need to understand why the scheme is absolutely necessary from the perspective of the government and the concerns of the citizens which have led to massive uprisings nationwide. 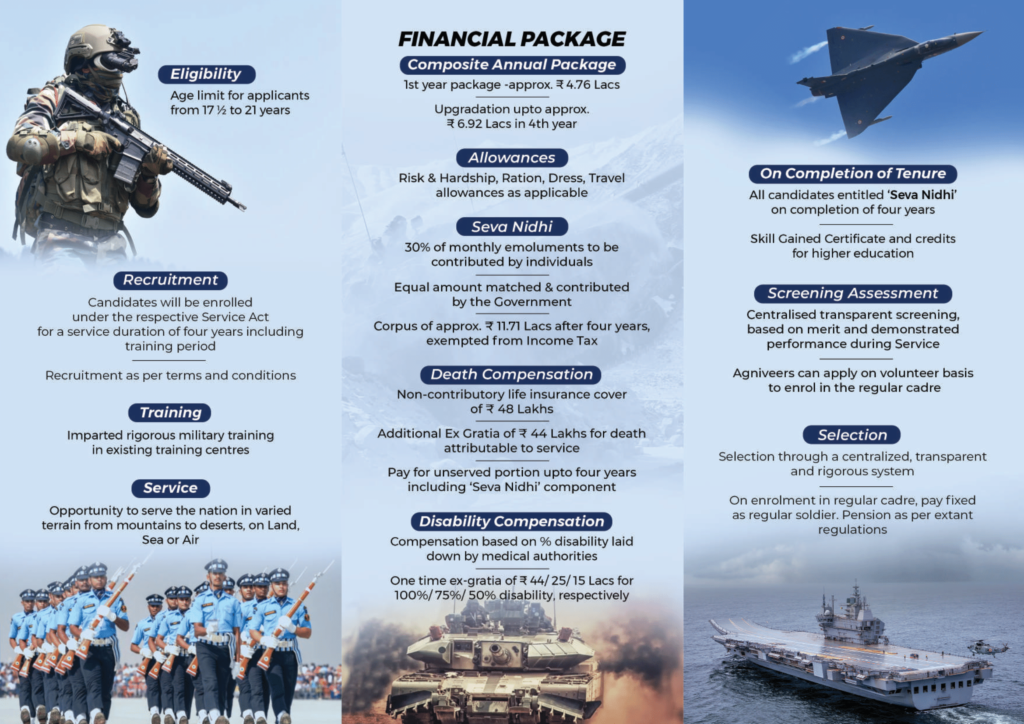 The defence budget gives a better understanding of why the government had to implement the scheme in the forces. The budget has long been a major concern for the government and shifting of the expenditure on personnel to machinery and logistics can be achieved by a thinner army and fewer benefits. By reducing just 1000 jawans, the army can save up to 11,000 crores. The need to decrease the expenditure on pensions was vital so that money could be allocated for developing and modernizing the forces. More than 50 per cent of the defence budget was going to providing pensions.

In the interest-bearing area of the Public Account head, a non-lapsable dedicated “Agniveer Corpus Fund” will also be established. The Ministry of Defence (MoD) / DMA will be in charge of overseeing and maintaining the fund. Each Agniveer is required to pay 30% of his monthly take-home pay into the “Agniveer Corpus Fund.” On the money that has accrued in the fund, the government will offer interest at a rate comparable to the Public Provident Fund. After their four-year commitment is complete, Agniveers are eligible to receive the “Seva Nidhi” package, which includes their contribution (to the Agniveer Corpus Fund), a matching contribution from the government, and interest on the collected sum. Each Agniveer will have two alternatives for receiving the Seva Nidhi package, with the intention of offering financial loans for self-employment/entrepreneurship through a bank Guarantee as well as to cover urgent/incidental costs, upon leaving. For the term of their engagement, Agniveers will receive life insurance coverage worth Rs. 48 lakhs. 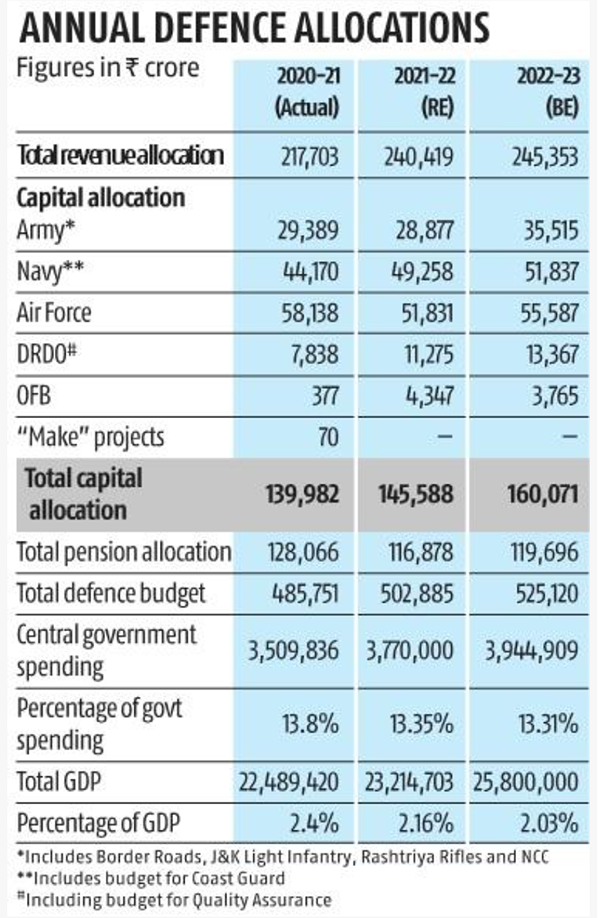 A certificate of “Agniveer” skill will also be given a thorough skill-set certificate at the end of the engagement period outlining the abilities and level of competency they attained during that time. This will be given by the Union Ministry of Education under a special three-year degree programme under the four year tenure of Agniveers. They will also get an opportunity to pick up courses in various subjects such as Mathematics, Sociology, History, Agriculture, etc. which will get credited to the degree. Agniveers will also be given the chance to seek permanent enlistment in the Armed Forces after serving for four years, based on organisational criteria and policies periodically established by the Armed Forces. The forces also inculcate values such as discipline which will help them secure jobs in the private industry. The government has also announced that 10% of seats will be reserved in CAPFs and Assam Rifles for Agniveers.

However, the citizens of India have raised many concerns regarding the scheme. Some of the major ones are: 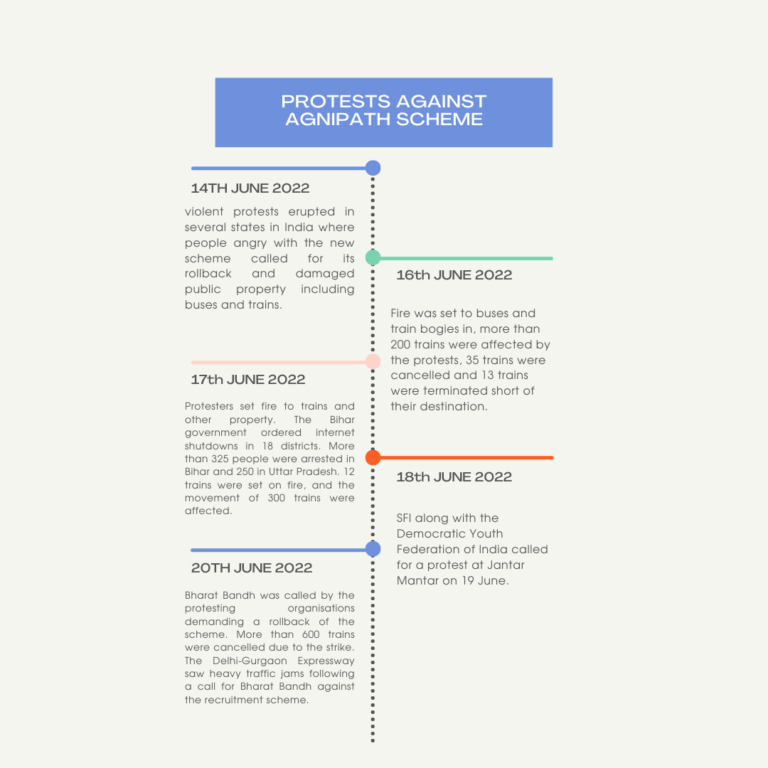 In conclusion, the scheme will help in achieving the defence goals of the government by the proper allocation of resources and budget. Even for young people to gain experience, the plan is beneficial. However, the government must make sure to answer all of the public’s questions and concerns on the subject. Hopefully, we will get more clarity on the advantages and disadvantages of the scheme once the first batch of Agniveers completes their tenure.